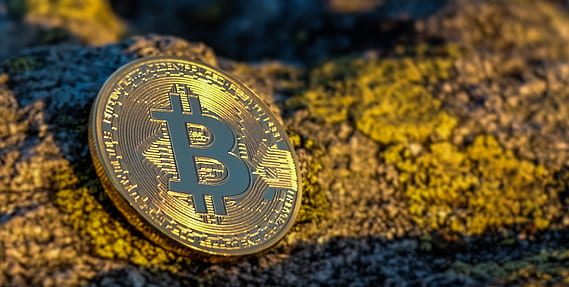 Saying that the last few weeks have been hard on Bitcoin is an understatement. The largest cryptocurrency in the world has been battered by the COVID-19 pandemic, suffering blow after blow each day. From a bull market not a month ago, the price has hit points below $4K. As prices of gold and oil go down so does Bitcoin with serious questions being raised about its future.

Bitcoin wouldn’t be Bitcoin without some excitement over the price, however. The leading cryptocurrency has suddenly jumped up in terms of price after the White House announced the stimulus package to fight the economic impact of the pandemic. Miners have returned to the market and Bitcoin has instantly rebounded over $6,000 which is the first positive news for the biggest cryptocurrency in a while.

The panic caused by the spread of the COVID-19 virus all over the world has resulted in a massive sell-off earlier this month. Bitcoin’s price went down during that period, hitting extreme lows after a fairly great return to form earlier. As soon as the sell-off ended, miners have returned to their rigs which has resulted in a soaring hash rate.

The result? For the first time in weeks, Bitcoin’s price is over $6,500 and could make a run at $7,000. It’s a glorious return of the miners on the market and Bitcoin owners and traders couldn’t be happier for it. After weeks of depressing news on all fronts, this is the first positive sign we’ve seen regarding the price of the biggest cryptocurrency in the world. Of course, the price is still a far cry away from the $10K of early February, but it’s back on the right track.

Miners alone haven’t sent the price soaring sky-high. The newly announced stimulus package which would likely introduce a centralized so-called digital dollar has also resulted in massive interest in Bitcoin. The White House has announced the package to help vulnerable citizens and businesses stay on their feet during the pandemic. The spread of the virus in the USA is blowing up in the last few days and such measures are needed if the American economy is to stay alive.

The digital dollar and Bitcoin are different, yet very similar. Bitcoin is a decentralized currency unlike the new currency which will be controlled by banks. Although the USA is a strong opponent of Bitcoin and the blockchain, it has inadvertently made the price jump up with the introduction of the new digital currency.

In the short run, Bitcoin’s price will be influenced by the spread of the coronavirus. Currently, the hash rate shows signs of recovery, but Bitcoin is still trading below the cost of production. The good news is that now with miners back on the market, the price will likely be at least stable around this mark.

Once the pandemic ends, this should return back to normal. Before all of this began, Bitcoin really flourished and experts expect it to continue its ascend once we defeat the virus.

It has been a pretty good week for Bitcoin and crypto fans. The price has finally broken the $23,000 deadlock and bigger things are expected going ahead....

Bitcoin’s Latest Rally Triggers Optimistic Promotions for February and Beyond

It took a bit of a time, but Bitcoin’s latest surge getting back to $22K and over came faster than expected. Everyone believed that the price will...

Finally some relatively good news for the crypto market. After falling significantly in the past few months and being stuck in a downward spiral, Bitcoin...

Happy new year to everyone! Not a few days have passed since we entered 2023, and the boldest (and darkest) Bitcoin predictions are already here. Nothing...