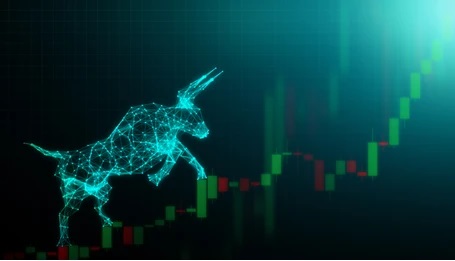 In the past few weeks, Bitcoin’s price rose completely unexpectedly. The price climb continued since Monday, although it stalled in the mid-$40K range in the midst of a bullish momentum. It’s clear that the sentiment is bullish at the moment, with Bitcoin getting close to testing the $50,000 mark. While that didn’t happen, it went over $45,000 briefly before dropping down a few percent.

In light of Bitcoin’s unexpected run, several experts have weighed in their opinions. For months, it was locked in a position where the upper range of the mid-$40,000 support level was highly unreachable. Everyone believed that it would take months before Bitcoin takes off again, yet that happened much earlier and out of the blue.

All the technical pointers currently indicate a seminal run incoming. With Bitcoin overcoming the $42,000 level, it’s well on its way to hit $50,000 soon. According to experts, the upper target is $62,000, a new all-time high that will certainly delight investors and holders.

The RSI is back at over 80, just like it was in February and March. No one expected the 20% decline later, but everyone was hoping for new highs at a later date. We believed it’ll come in the winter, but Bitcoin recently went on a run that indicates it’ll hit new heights by the time winter comes.

The market is in a full bullish mode. Bitcoin is currently over the 200-day moving average for the first time since May. The 50-day moving average is on the upside too, showing a shift from the negative trends and a move toward positive, upward potential. There’s no bearish divergence as per the RSI, and the momentum has turned fully bullish.

In the first half of 2021, there was a lower momentum peak and a bearish divergence. That was most likely because of regulatory concerns and China’s crypto crackdown.

It suggested a weak price momentum and there was a lack of buyers on the market. At the moment, all of that has disappeared, with a price upswing that could take the leading cryptocurrencies to new records.

What’s to be Expected?

Looking ahead, there could be a consolidation at the current price level. That goes double if legal policy changes occur in some countries. South American is currently leading the charge for legal Bitcoin tender, and it could stabilize the price and put Bitcoin in a perfect position for a nominal run soon.

Experts believe that the price will fluctuate between $40,000 and $50,000 through the end of summer. It all also depends on what US lawmakers decide, as there are currently draft bills that could negatively affect Bitcoin’s price.

The odds are pretty high that the biggest cryptocurrency of them all will reach new heights by the end of the year. If the regulations that pass are not harmful, there’s massive upside for Bitcoin and the crypto market.

Other coins have profited off Bitcoin’s run, so for investors, it’ll likely be a hold for the foreseeable future. If you bought the dip like many suggested a month earlier, you’ll reap the harvest pretty soon.

It has been a pretty good week for Bitcoin and crypto fans. The price has finally broken the $23,000 deadlock and bigger things are expected going ahead....

Bitcoin’s Latest Rally Triggers Optimistic Promotions for February and Beyond

It took a bit of a time, but Bitcoin’s latest surge getting back to $22K and over came faster than expected. Everyone believed that the price will...

Finally some relatively good news for the crypto market. After falling significantly in the past few months and being stuck in a downward spiral, Bitcoin...

Happy new year to everyone! Not a few days have passed since we entered 2023, and the boldest (and darkest) Bitcoin predictions are already here. Nothing...