Bitcoin Still on Track for a Bullish Run

After a year of success and failures, Bitcoin is back at it after the price jumped significantly right at the beginning of 2020. Positive indicators have continued since then, with the leading cryptocurrency in the world testing the $10,000 mark last week. It eventually settled just below $9,500, but according to the newest 50- and 100-day averages, it is well on track to test the $10K level again.

Bitcoin is on a rampage right now, posting a 3-month high early this week. It’s on track for the first bullish turn in nearly a year – the last one came in March 2019. If things continue to develop this way, experts are optimistic for a full-blown bull run that could take BTC to new highs.

On Course for a Strong Monthly Close

After the recent price explosion, Bitcoin has settled around the $9.3K mark and rallied at $9.5K more than a few times. It tested the $10K level as well, but that’s off-limits for now. The good news is that the leading cryptocurrency will close the month strongly at $9.5K which is a far cry from all the lows hit last year.

Prices rose up to $9,600 on some exchanges in the past few days which is the highest level the cryptocurrency has achieved since the end of October 2019. On the whole, Bitcoin has logged the best January performance in 7 years. The global average price is at its highest level as well especially on the Asian market even with the potential pressure due to the outbreak of the Coronavirus.

The deadly virus has had a negative impact not just on China, but on the global economy as well. It even spans safe havens such as gold and oil which are facing heavy selling pressures at this time.

There was a bit of a drop after Bitcoin reached $9,600 which concerned some traders. Experts, however, are adamant that there’s nothing to worry about. What’s more, an even lower drop to around $9,000 is expected before the cryptocurrency aims higher. All the technical indicators are there. The 50- and 100-moving day averages are forming a bull cross that will likely see Bitcoin grow more.

This would be the first bullish turn in 11 months and is a clear indicator that Bitcoin is finally out of the woods. Bitcoin’s victories in the past month may be small for its market volume, but they’re huge for traders and owners.

Traders Eyeing Next Support Zone if the Price Drops Below $9,000

Although not likely to happen, traders have already eyed the next support zone if the price goes below $9K. Technical analyst Crypto Michael tweeted that even if the price drops to $8.5K, it would be healthy. There’s no need for panic – the price is consolidating and everything points to a bull run that would help the price rise up even higher.

Bulls will fight to hold the $9.2K support, but even if it gives way, there’s no reason to be concerned. Bitcoin’s price is finally locked in an upward trend and it will continue in the coming months. 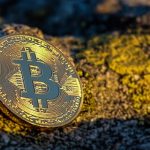 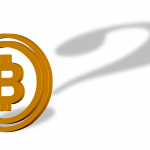 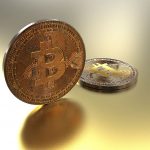 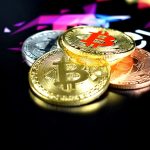