After the recent price hike last week, Bitcoin has struggled to close the key $21K level. There was growing optimism that the price can shoot as high as $27,000, but all of it was shut down. Bitcoin’s price remains floating in the $20K-$21K range, so that expected price jump will probably happen at a later date.

Failing to break the $21,000 level coincides with the SEC’s recent investigation of popular exchange Coinbase. One of the top crypto exchanges in the world, Coinbase is facing investigation by the US securities watchdog which is another blatant display of power. The SEC claims that Coinbase is allowing users to trade unregistered securities after the exchange added 100 additional tokens to its platform. These coins usually do well after listing, but as time passes, they become too volatile and crash.

While no probe has officially been launched, the SEC’s attack on Coinbase gives us a glimpse of the future.

Bitcoin Falls to One Week Low

The tumble between Coinbase and the SEC has resulted in the company’s shares dropping by 21%. That situation is the biggest reason why Bitcoin’s price has dropped in the first place. It currently lingers in the $21K range, but the hopes of it going higher have now been diminished. In the past 24 hours, the world’s biggest cryptocurrency fell by around 4%, pushing the whole crypto market down by 5%.

It’s safe to say that this isn’t the way investors hoped the week will begin. Bitcoin’s price decline has dragged other coins with it, most notably Ethereum. While it’s not a massive drop in price, the market is in the red once again, with buying interest currently low. Other cryptocurrencies feeling the heat include Ripple, Tether, Solana, TRON, Avalanche, Polygon, and Uniswap.

A Big Commotion in the USA

The cryptocurrency market in the USA in the past week was marked by the Coinbase scandal. To put it simply, the popular cryptocurrency exchange is now under SEC investigation for supposedly allowing Americans to trade digital assets that have not been registered as securities. It’s an open attack on the crypto market, considering the fact that the SEC has yet to come up with crypto registration rules. There’s been plenty of talk about the matter, but so far, nothing has materialized.

SEC’s decision to investigate Coinbase has been slammed by numerous entrepreneurs and even Senator Pat Toomey. He accused the SEC of taking an enforcement-based approach to regulating the crypto sector, which is obviously the wrong one. Many others have been vocal on the Coinbase attack and have put SEC Chairman Gary Gensler at the center of it.

Whether or not the SEC did this on purpose is unknown. The securities watchdog is known for its divisive views on cryptocurrencies and focusing on enforcement rather than regulating the market. That should come soon enough, but considering how they handled this Coinbase deal, we’re not sure the rules and regulations will be fair. 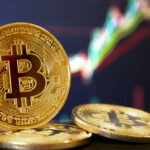 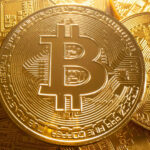 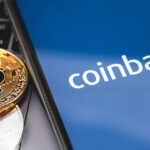 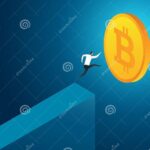 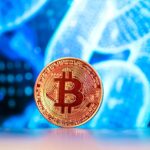