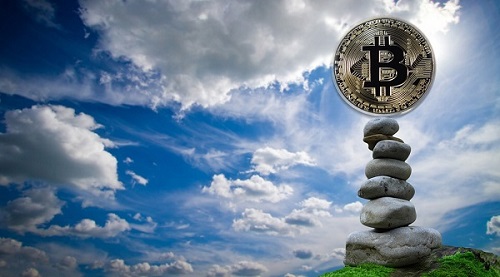 We have seen the digital currency flying all over the chart in the course of the last 30 days, but as August draws to a close, calmer days seem to have come for Bitcoin. On Sunday, August 25th, the cryptocurrency reached its lowest volatility of 64%, and seemed to be steadying around the $10,500 and $10,400 support levels, before dropping again around the time of writing to $10,102 against the dollar.

After going up as far as $10,704, Bitcoin seems to be taking the bearish path again. It broke support levels and continued to fall as near as $10,010 against the dollar before it started back up again. From an optimistic viewpoint, the current trade value of Bitcoin is near the $10,150 support level, as well as the 100 hourly simple moving average. Plus, nearing the $10,175 level is the 23.6% Fib retracement level, with resistance still stable at $10,170.

What is more, the 50% retracement level from the highest to the lowest point these days is close by the $10,350 support. All this is leading speculators to believe that the price may again take a bullish trend upwards to the $10,500 support level.

Nevertheless, a more pessimistic position must also be considered, especially since the current price is still as midway between the $10,000 and the $10,200 levels. Should it fall below the 5-digit value, its next support levels are at $9,900 and $9,800.

All in all, there is reason to assume both these stances, although the stabilization of the volatility percentage is slightly weighing in on the positive side. After all, last analyses from Blockforce Capital have seen it drop over 50% since the most recent peak at 131% on July 19th.

More people seem to be hearing the bullish tone. In fact, the CEO and founder of deVere Group, a financial consultancy firm, has stated that “the new normal bottom price for Bitcoin is $10,000.” While this statement came in only yesterday, he has been keeping out a positive lookout for some time now, as judging by an earlier statement that “Bitcoin can be expected to imminently reach $15,000.” And with a proclaimed author and angel investor Murad Mahmudov supporting the claim of $10,000 being the new floor for Bitcoin, it seems that things may just turn out well enough for the cryptocurrency.

What Will October Bring?

On a day-to-day basis, or even a weekly roundup, Bitcoin seems to be keeping its course sure enough, and managing to rebound after each blow dealt to it. With Chinese hackers and Trump slandering it on Twitter behind it, the cryptocurrency is expectedly poised towards wider adoption.

The United States Securities and Exchange Commission (SEC) reminded the public of the two Bitcoin exchange-traded funds (ETFs) waiting on their approval by the body in a final attempt before their application’s expiry date.

According to them, “October should be an interesting month for Bitcoin with two ETF applications under review by the SEC.”

This, as well as the opinion that Bitcoin could break records and shoot through the $20,000 roof, has been addressed in one observation made by Skew, a Twitter BTC analyst. While global economic turbulences seem to be taking their toll on the crypto token as well as on fiat currencies and financial markets, we think there is something to be said about Bitcoin’s upper hand – the fact that it is completely decentralized and above regular politics. Predictions such as the one from LedgerX’s Oracle of a 31% chance that Bitcoin would reach $15,000 by December 28th seem much more likely at the moment, with future market movements bound to turn heads a few more times within that timeframe.