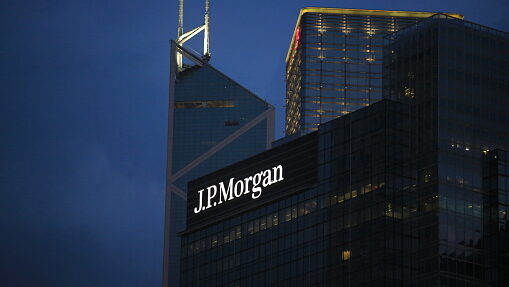 JPMorgan Now Believes that Bitcoin Can Reach Almost $150,000 in the Long Run

Bitcoin’s recent price run has been in the headlines for a while now. It has made many institutions and even governments rethink their stance on the cryptocurrency, with many banks beginning to roll out crypto services. Wall Street itself has been overwhelmed with cryptos, which isn’t that much of a surprise considering the price soared over $60,000 recently.

When you think that it was only $15,000 last year, it seems unreal. The latest price hike has caused supple shocks in the community, driving the demand up. One of the biggest banking corporations, JPMorgan, has renewed its $150,000 price predictions. The bank was quiet for some time when the price fluctuated up and down, but after the recent $60,000 soar, it believes that in the long run, Bitcoin can reach a record price of $146,000.

The Bull Run May be Far from Over

Latest developments on the crypto market have excited investors and banking giants alike. Analysts from JPMorgan think that the bull run is far from over. If there’s no sharp price drop soon, and that’s not likely to happen considering the latest charts, Bitcoin could very well be on its way to the $150,000 mark. Maybe not by the end of the year, but it’ll certainly be in a prime position to hit the target in 2022.

Many Bitcoin investors and predictors believed the leading cryptocurrency on the market will hit $100,000 by the end of the year. That’s in no small part to the expected inflation that pushes investors to go for safe-haven assets. Inflation is at its highest point in the USA in the past 13 years. It has led the Federal Reserve to scale back on the quantitative easing pandemic program. That helped digital assets to emerge as clear winners in the post-pandemic world we live in.

The bull run that originally started in October may be far from over, and that’s great news for the crypto industry and its fans. With Bitcoin’s price going up altcoins will head north as well, resulting in major shifts that could finally lead cryptocurrencies to the promised land.

In the past 12 months, Bitcoin’s price has gone up by 300%. The cryptocurrency market added over $2 trillion in value in the same period. Re-emergence of inflation has caused investors to head for cryptos, and with JPMorgan supporting its previous predictions of a massive crypto boom, Bitcoin could become an asset more valuable than gold

In the past few weeks, gold has failed to respond to inflation concerns. Bitcoin, on the other hand, hasn’t been looking back since reaching $60K. It even hit $67,000 briefly, although it has scaled back since then. Experts believe that we’re currently in the midst of a 2nd bulls’ leg that will take the price over $75,000.

It all lines up well with JPMorgan’s predictions, so we might be in for an exciting few months. If Bitcoin pushes over $70,000 and reaches close to $100,000 by the end of the year, 2022 is going the be legendary.