The Crypto Market is Consolidating Around Bitcoin After the Flash Crash

The flash crash on the crypto market that occurred a few days ago was one of the biggest one-day sell-offs in 2021. It resulted in a huge tumble for Bitcoin and other cryptos after months of positive sentiment that took many coins to all-time highs. Bitcoin was flying well over $60,000 for weeks when the market crash occurred, sending it in a dip below $50,000 for the first time since October.

Even after a few days, the market is still feeling the effects of the flash crash. The good news is that it’s consolidating and is positioned for another run soon thanks to Bitcoin stabilizing around the $50K mark.

It took a few days after the weekend but the market value has finally turned positive. Bitcoin, Ethereum, Solana, and Cardano among others have all went up after tumbling down a few percent. All technical indicators show that the market is recovering and is primed for another run soon.

Earlier over the weekend, Bitcoin and other cryptos dove a major sell-off event in the US stock market. Spiking inflation have resulted in tighter monetary policies. The liquidity whirlwind has resulted in a higher price for a number of assets. On Saturday, the crypto market was struck the hardest, sending Bitcoin in a dark pit after it dropped 21%.

New investors were especially afraid even if experts didn’t sound the trumpet of concern. Many have said that this is just a correction. We’ve seen it many times before. Major drops are to be expected in the highly volatile crypto market. Cryptocurrencies fall just to get back on their feet, allowing investors to buy the dip in the meantime.

El Salvador, the world’s first country to make Bitcoin a legal currency, loves buying the dip. President Nakib Buyele acted fast, buying another $25 million worth of Bitcoin over the weekend. El Salvador did the same for previous dips, piling in on its Bitcoin reserves.

Smaller investors did the same, unfazed by the major drop in price that many believe it’s momentary.

A Major Correction Coming in 2022?

After a record-breaking run this year for many cryptos including Bitcoin and Ethereum, digital assets are seen as the top candidate for a big correction early next year. That’s certainly a reason to be positive about in the midst of a major sell-off event that scared many investors off.

Technical indicators show that that market is recovering with Bitcoin hovering above and beyond the $50K mark. Experts believe it’s poised to test the $60K range soon, with new records to follow after that. Of course, positive news surrounding crypto laws will surely give it a boost. The USA has mentioned proper crypto regulation in the future, and Australia is already making moves to regulate crypto exchanges.

On the other hand, countries such as China and India are criminalizing Bitcoin and the bunch. The world needs a shift in terms of crypto regulation, and with Australia and the USA leading the line, positive changes can happen. 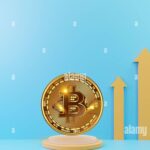 Bitcoin Jumps a Bit, Altcoins Go on a Rally

A bit of good news for crypto enthusiasts early this week. After dropping briefly below $33,000, Bitcoin has managed to bounce back with a nice run that... 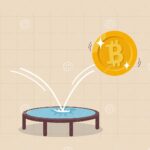 The past month has been heavily bearish on Bitcoin and cryptos in general. Weekly charts so far have not been exactly great, but that has proven to be a... 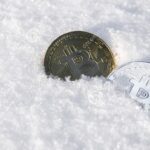 Bitcoin Shows Resilience and Strength, but Other Coins Drop

It has been over a month and there are still no big developments on the crypto market. Bitcoin has been holding its ground for the past week, with the... 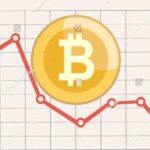 We’re already in 2022, and there’s no trace of any changes when it comes to Bitcoin’s price. The world’s leading cryptocurrency is still... 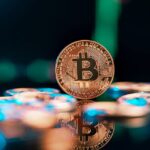 The Price of Bitcoin Still Intact According to Analysts

Even though many experts predicted another price jump by the end of the year, it’s nowhere to be seen, at least for now. As a matter of fact, Bitcoin...