A new week, another red for the crypto market. The world’s largest cryptocurrency by market volume Bitcoin has fallen off the wagon once again, dropping beneath $30,000 for the millionth time these weeks. The May collapse continues with no end in sight. Altcoins have been underperforming too, with the whole market seeing a lot of red.

On the more positive side, the last weekly chart shows Bitcoin constantly hitting prices above $30K, despite falling down to the mid $28,000s. Investors are rightfully wondering if it’ll go up over $31,000 soon, which seems like the next hill Bitcoin should climb on. It was a simple level to claim in the past, but now, Bitcoin’s been stuck in a bad routine, and we’re wondering if it’ll ever get out of it.

The current support level is in the $27,000 range, with resistance at $33,000. In the coming days, experts believe Bitcoin can pass the $31,000 Rubicon, and finally be on its way to higher ground. According to some analysts, the hourly time-frame is seeing it consolidating between $29K and $31K. However, for a full trend reversal and greener pastures, it needs to hit $31,000 at the very least.

It would be a sight for sore eyes as the crypto market has been seeing red for most of the year so far. Bitcoin is moving with traditional assets and suffering because of the Russia-Ukraine war. And it’s not just wartime to blame. There have been a plethora of factors destroying Bitcoin’s price in a time where traditional currencies are most obviously not the solution. The world is still hesitant to make the switch to digital currencies, and it seems like every time they gain wings, there’s someone with scissors to cut them off.

New Digital Tokens to Blame Too

Probably the biggest culprit to the latest drop in Bitcoin value would be Terra’s LUNA downfall. The coin imploded when no one expected it, raising fear about cryptocurrencies in general. The market sentiment changed to fear immediately after it, causing a serious drop in value for Bitcoin and altcoins too.

That kind of instability has thrown the market in turmoil and causing all sorts of trouble for investors. The good news is that there still people holding on to their Bitcoins (and other cryptos), and those are the real heroes we salute. In this time and age, the best way to overcome these problems is by HODLing and waiting, but not everyone understands it.

Panic sell-offs are a recurrent problem for crypto, and we hope they stop bit by bit. The world needs a payment alternative now more than ever, and cryptocurrencies are probably the best answer. 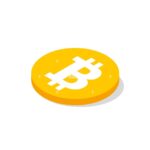 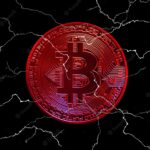 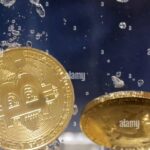 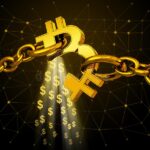 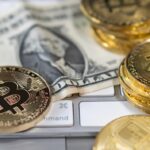